Our clients at The Belgian Beer Huis had been lucky enough to travel to Belgium many times over the last few years and, of course, the beer was always a highlight. With each experience and new beer they wanted to come home and share what they had found, meeting so many people who were passionate about their beer and its history and so they decided to launch The Belgian Beer Huis and bring Belgium to you!

The Belgian Beer Huis isn’t about replacing your visits to the pub with a cheaper alternative, but enjoying something different, giving customers the opportunity to explore at their own pace, savouring every drop and discover their “next best beer”. It became their mission to make Belgian’s finest beer more accessible to you, delivered with care to your door and growing the Beer Huis community. 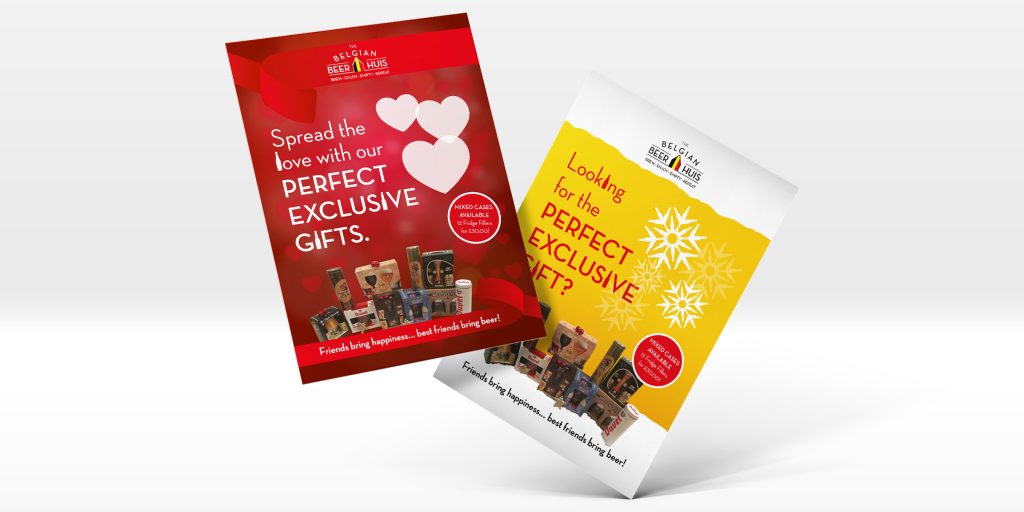 The partnership that formed The Belgian Beer Huis were pre-existing customers who, as it explains above, decided to make Belgian beer importing a sideline business.

After gaining their Customs and Excise licence, they now needed a way to sell these rare and exquisite beers and begin to build a community of like-minded “beer fans” in the process.

What they required was a full brand identity including a logo, some printed literature and an e-commerce site that could also offer sale items, discounts and a reward scheme to entice more and more people to join a community – thus spreading the word of their new business venture.

The Belgian Beer Huis logo we created was simple and combined the feel of Belgian architecture with the colours of the nation's flag.

Subsequent leaflet designs followed this colour scheme while their website utilised WordPress with the WooCommerce plugin and extras to offer a smooth ordering process.

Sadly, due to Covid restrictions, the website is out of action but we hope to be able to re-launch it very soon and will share the link with you as soon as possible. 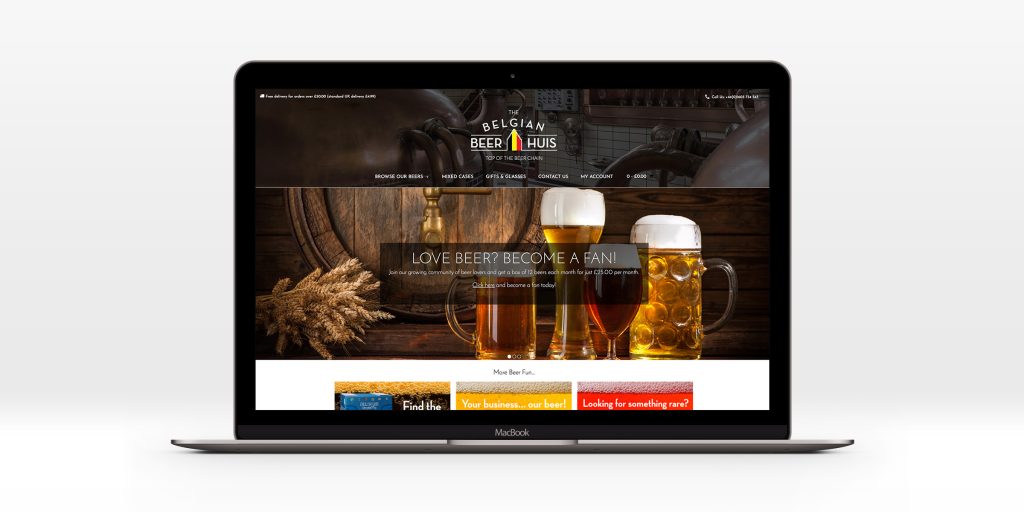 Ready to discuss your project?

This is off canvas menu widget area. To enable it add some widgets into Appearance – Widgets – Menu Section, and go to Customizer – Main menu to set the icon position.